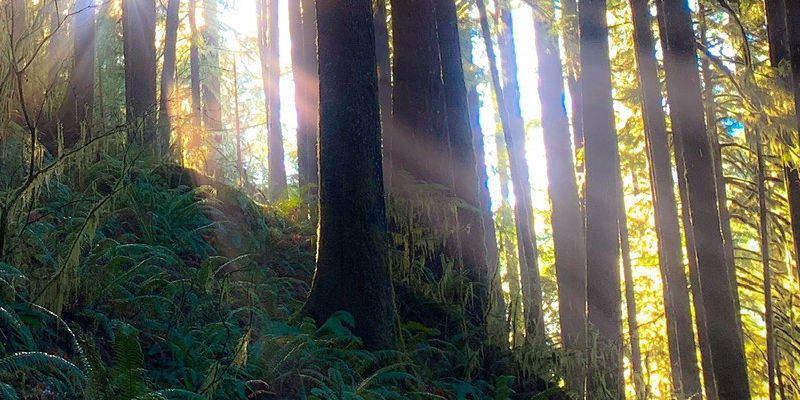 The Outer Path to the Inner Path

Where did the desire to release my humanness and reclaim my soul come from?

I remember all too well our family of six filed into the Catholic cathedral. The girls wore white gloves and veils, the boys were in their navy monogrammed blazers. Being the youngest of four children I often took the seat next to the most angelic of our clan—my mother. At four years old I really had no idea why every Sunday we sat before the tall walls that glistened with color and light. It’s just what you did, like pot-roast with potatoes. You don’t really ask why.

The part that baffled me was when my mother would enter the closet she called “the confessional”. All I knew was that I couldn’t go with her. I was to wait outside. In a few minutes she would emerge, having confessed her sins. She was clean again, like taking a weekly sin shower. Even as a small child I pondered the process, sin, this house of God and all it meant.To be honest it was all a bit daunting.

It wasn’t long before my world fell apart. My Mother and Father divorced, and one by one my siblings stopped going with my mother to Sunday mass. Eventually I stopped going too.

It would be many years before I revisited my early exposure to religion, many painful and volatile years. But one thing I witnessed throughout my life was my mother’s devotion to the church. She seemed to gain such strength and presence there. She never wavered from this commitment and it wasn’t until after her death that I realized what it meant to her.

Ram Dass spoke of his lineage. The lineage of his deepest, most profound and personal journey. I am left pondering my own. Where did the desire to release my humanness and reclaim my soul come from? It was not in my body and not in my mind. Even writing these words it is evident. I label it “my body”, “my mind”. Where could I find the path to “the one” who claimed these as her own?

I realized that what I had to do to find the golden path was to clear the debris that had grown over it. The path was there, it had been all along. Somewhere deep within me I knew it existed. The work became clearing away what had hidden it from my sight. That debris was my learned perspective about life. These are the thoughts and assumptions I acquired as the little girl in white gloves who grew up and became a woman.

The thorns and briars in my life were tangled up as blame, shame and guilt. They stopped me in my tracks. This dense top layer quite effectively blocked my passage. The thorns and barbs of habitual defensiveness were sharp and seemed impenetrable. It wasn’t until I bled from the cuts and the festering wounds of the past that I became dedicated to their removal. The benefit to this early stage of clearing was that, although sharp, these barriers were on the surface and were completely accessible. I became determined to look for another way. It was then that I found the specific tools I needed. I learned what was effective and I began to cut through the outer layer of defense and protection. As I did this I caught a glimpse of what lies beneath. I saw the path and I knew there was no turning back.

The Weather of the Mind

Next came the inner softer surface, the weather of the mind. These were the storms of anger, the grey days of sadness, the fallen leaves of loss. My path was cleared but I was still somehow unprepared for the elements. I had always felt these emotions, yet had blamed them on the pain of the brambles. I soon began to see that this was simply the environment. I didn’t have to judge it, nor would it do any good. It had nothing to do with the path I was on. I learned to wait out the storms, to see the beauty in grey. In fact, I realized the golden pathway shone even more brightly against a grey background. I learned to appreciate the changing weather of emotions, and I knew each passing cloud was temporary. 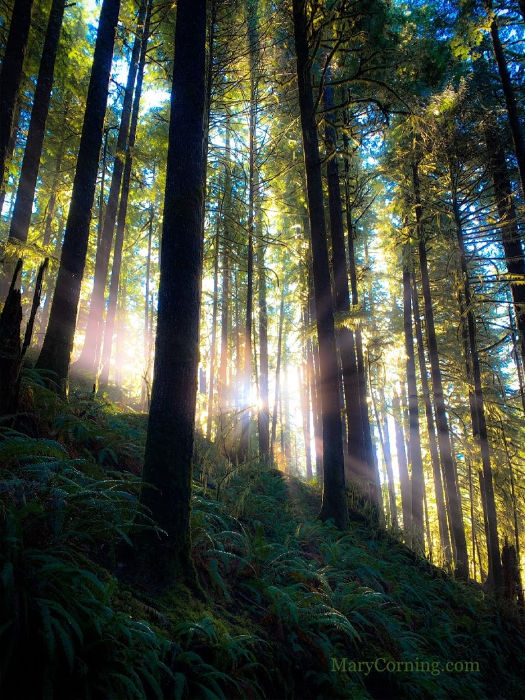 The more willingness I had, the more excitement I felt. I was gaining inner strength. It was as if I were becoming spiritually fit. As with any great adventure there were times I was in awe of the view. These were the times I set up camp for a spell. These ledges of the journey were so rewarding that I felt I never wanted to leave. I thought, there is no need to go another step. But soon I became curious of the next bend or the next climb up the spirit-filled mountain. I came to realize the inward golden path is infinite.

So, from the wooden pews of the Catholic cathedral I journeyed into hell and back to the sacred. I read words of wisdom from profound teachers throughout all millennia. I experienced ceremony and sweat lodges. I listened to stories from modern day teachers who had found their own sacred path. I was Inspired by the snapshots of their trek through the inner mountain ranges. And… I eventually came to understand the sparkle in my mother‘s eyes as she knelt before the altar to receive the “Body of Christ”.

This journey is within us all. Whether we recognize it or not. The desire to return home to the peace from which we came, motivates our movements. Even those of us who are defensive, protective, fearful and defiant, still long for peace. No one would fight that hard against the cutting brambles of life unless there was something to fight for.

The path is unique for each one. There are wide paths that contain the masses, and narrow paths of individual exploration. I found my inner path was golden, infinite and joyous. And yet, still, there is the weather. Now I am prepared. I have grown, I have the tools and the experience. My life has been my education, my heart has been my guide. The weather does not alter my willingness to proceed.

In some way now, I am blending with the path. The way and “The One” are synonymous. The gold is within, and well worth the cutting brambles of the journey. 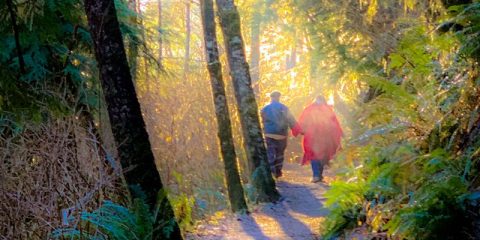 Walking Each Other Home

“Walking each other home” is a beautiful description of a vital message in my practice. I remember the feeling of comfort I felt when I read in The Course of 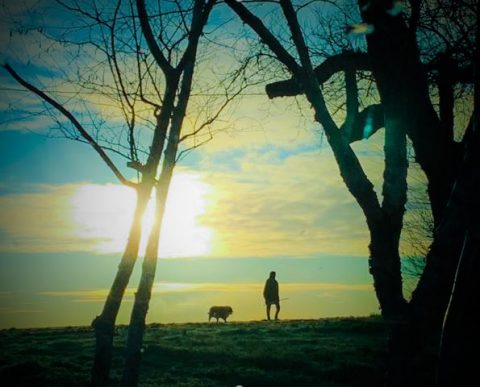 The Rejuvenating Art of Renewal

Stepping back from the world of “ten thousand things” is a spiritual practice. This rejuvenating art of renewal is often upstaged by its adversaries — time and money.  Resting our